Bouncing Bear Films is proud to announce our first documentary film. This film is the first in a series of three films discussing various aspects of shamanism. This first film, Manifesting the Mind, is a broad look at psychedelics in general. Why are psychedelics so brutally suppressed in our culture? What exactly are some of the psychedelic plants and chemicals and how can they benefit us? With philosophy and insight from Dennis McKenna, Daniel Pinchbeck, Alex Grey, and many others, this film is not to be missed by anyone interested in psychedelics and shamanism.

for this film’s official webpage.

Watch a 10-minute clip from the film HERE.

The second and third films in this “Footprints of the Shaman” series will be released in the spring of 2009. Both films are untitled at the moment, but the topics are as follows:

Part 2 will include a discussion with Dennis McKenna, DM Murdock, Timothy Freke, and Peter Gandy on the topic of religion. Several others will be interviewed in this film but these four authors will help lead the way.

Part 3 is a discussion on the topic of Christmas. One may ask, “What does Christmas have to do with the ‘Footprints of the Shaman’?” This is a good question and we assure you that this question will be settled by the end of this film. 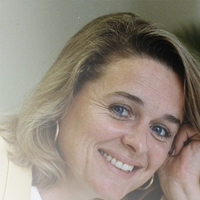